Our Founder And CEO

Spirulina is a blue green algae that is one of the oldest life forms on earth. It has been consumed by humans for millennia in the few areas where it still grows naturally.  Spirulina thrives in alkaline rich water and has long been accepted as a superior food source with magical properties….

Commercial harvesting and cultivation of Spirulina began in the early sixties.  Consuming Spirulina has steadily increased in popularity due to it’s well established nutritional and medicinal properties.

Additionally, worldwide cultivation, harvesting and processing techniques have changed very little until recently. Typically, commercial cultivation of Spirulina is achieved in large outdoor ponds. These ponds are susceptible to both environmental contamination and modern sources of industrial pollution. 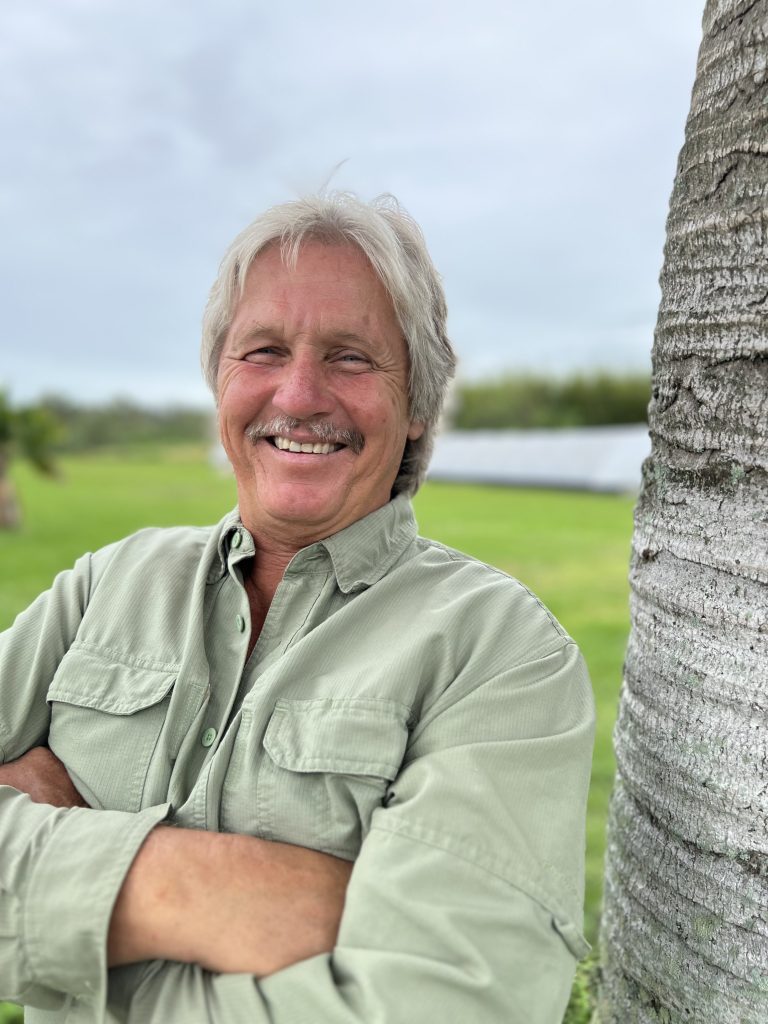 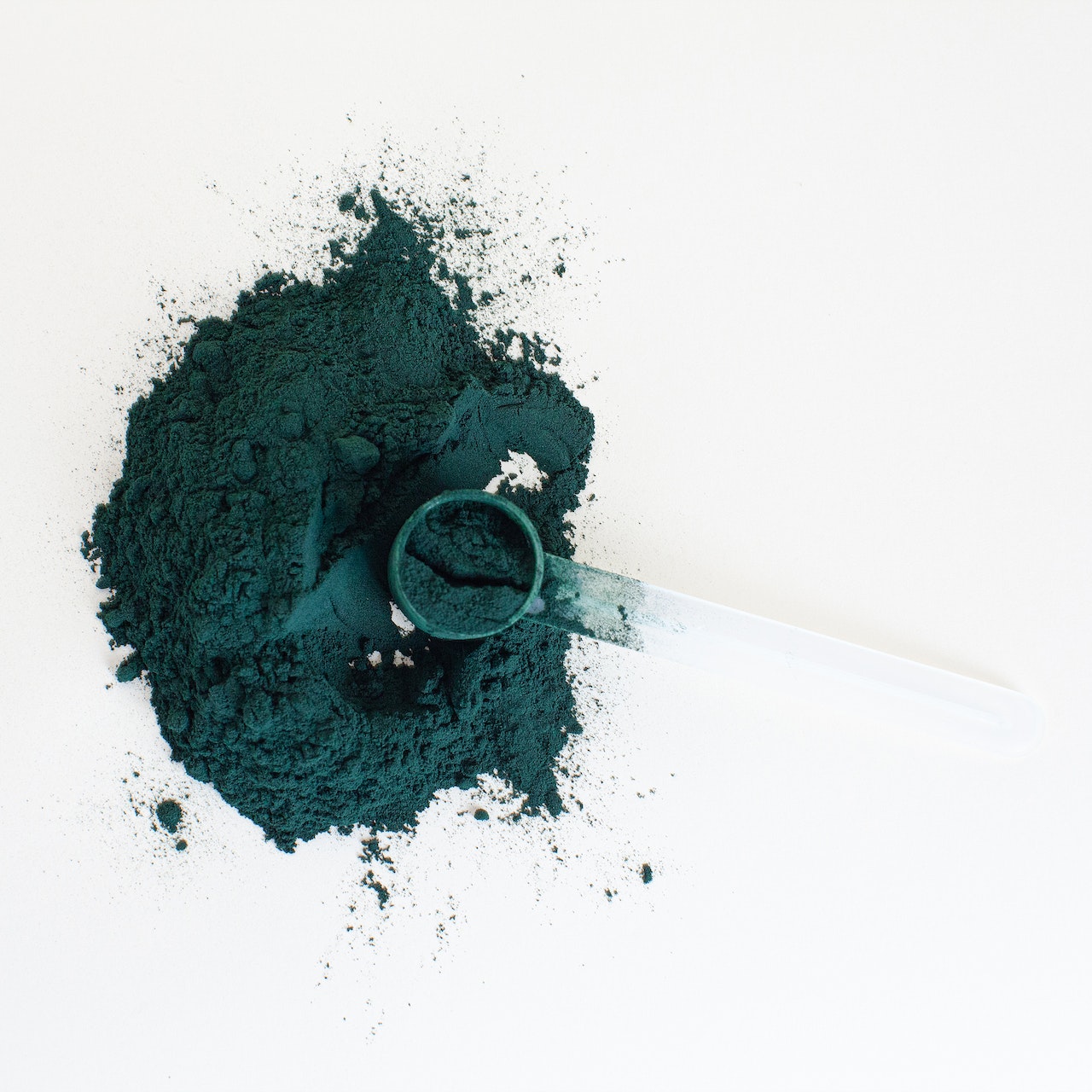 How Others Do It

Nearly all Commercial algae producers utilize methods to preserve algae by removing 99% of the moisture (usually by applying heat) This process creates a very stable product. It has proven to be a high quality plant based protein with a long stable shelf life….sadly this dried product is completely dead and in our opinion lacks the living “life force” our bodies crave……

Recently many enlightened individuals have developed a heightened awareness that consuming whole living foods is far superior to heavily processed foods that are poisoning many western cultures today.

We at Kyanos Farms long ago realized the value of consuming whole living foods. Over eight years ago a few good friends got together and decided to improve upon the accepted methods for growing harvesting and providing fresh algae to the masses.

Many academics and commercial producers alike laughed at us “untrained guys” for foolishly attempting to produce fresh living algae available on a Commercial scale. The prevailing “wisdom” has long been that this could not be done.

After many years of trial, error and near financial ruin we did it……Our proprietary processes retain the delicate cell structure of the living organism. In fact, with a little skill anyone can grow their own Spirulina with a small amount of our packed product.  Try that with any of our competitor’s products. 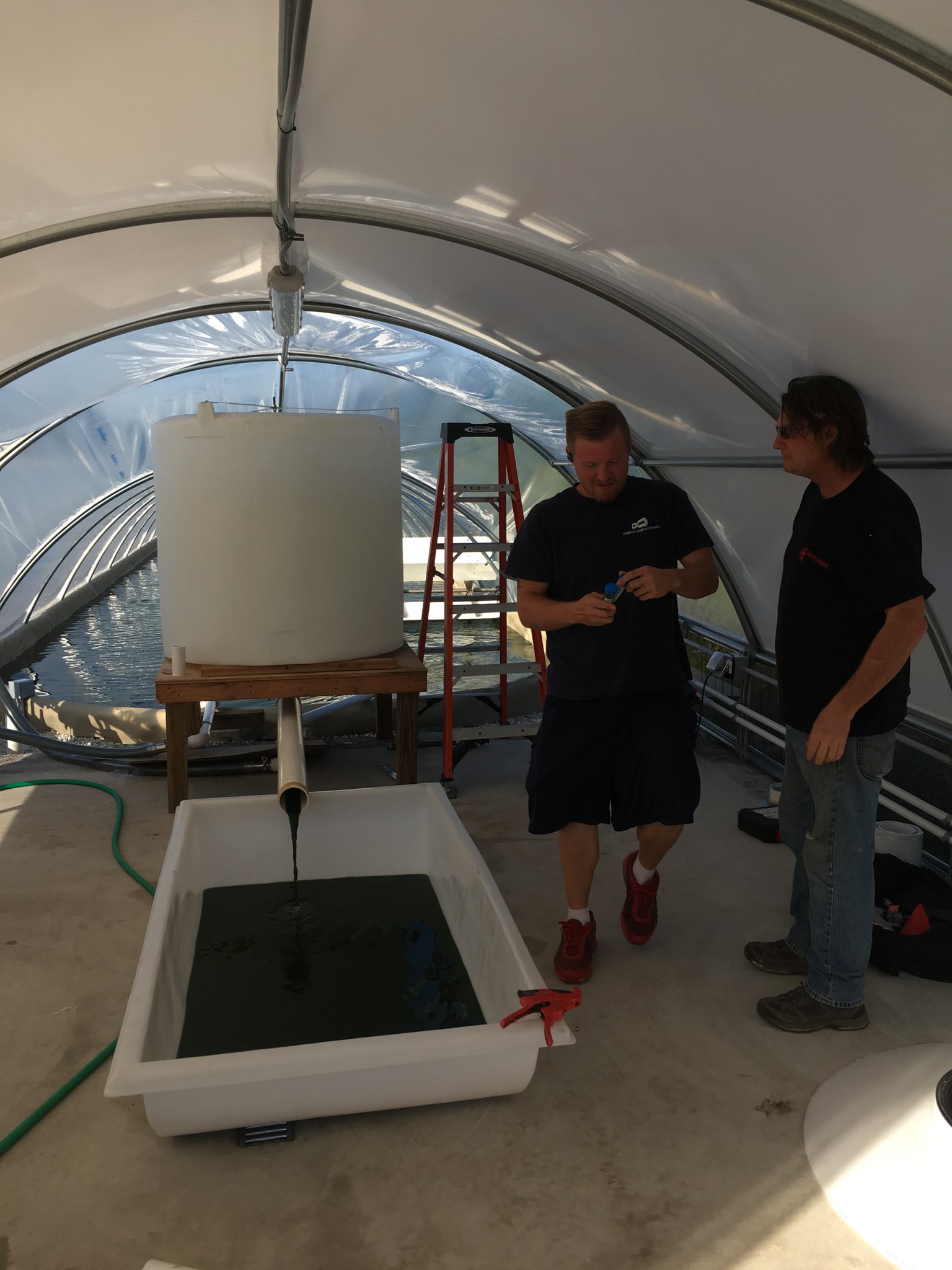 More About The Farm

Kyanos Farm has been delivering high quality Spirulina to local markets for over eight years. With our humble origins on the Vero Beach, FL coast, we have since expanded to a 10 acre farm. Since inception, it has been the goal of Kyanos Farm to create a frozen Spirulina product that can be distributed at a reasonable price to markets all over the country.

We look forward to being able to reach out to the community and provide health Spirulina snacks for children and serve our customers with the highest quality product possible.

Superior product and customer experience is not our goal, it is our STANDARD! 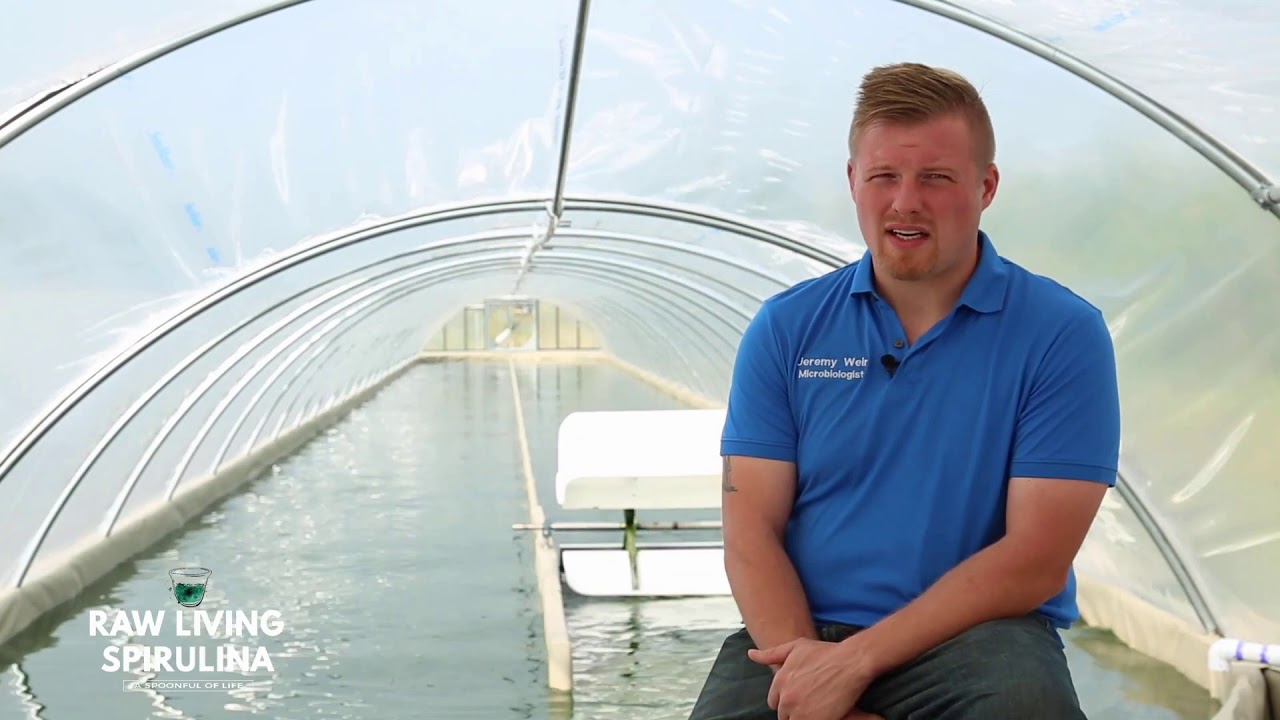 Kyanos' Biologist Gets Into The Details 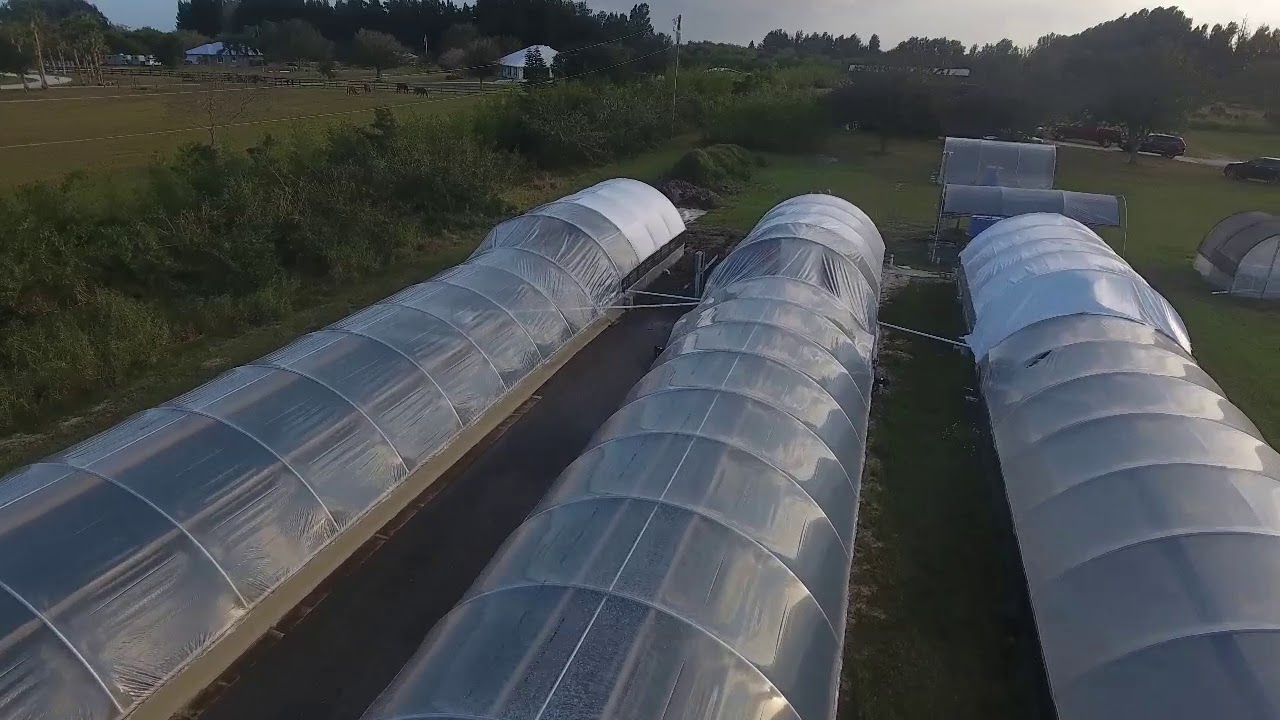 Overview Of The Farm

In Conclusion, we are very proud of our fresh living product.  The driving force behind our determination to perfect this process has been our constantly growing family of dedicated fresh algae consumers. Without the support, encouragement and dedication of these old and new friends we never would have lasted. We are now enormously proud to provide this truly miraculous superfood to the masses. Like us Many are yearning to live in a more prosperous ecologically minded healthy world.

From all of our family to yours, we are extremely excited to be part of this movement. Thanx for joining!!!!!

With love and respect for all.

from our Algae consuming community

Here’s what a few of our beloved customers have to say.

“I am feeling amazing after my workout this morning and my energy drink was fresh Spirulina !! Did you know we have a farm right here in Vero?!”

“My resting heart rate has gone down 3 beats a minute since I started using it and I almost never get sore!” 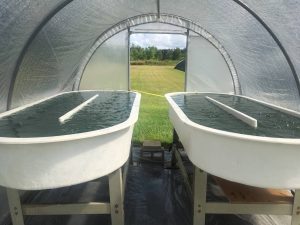 The Wholesome Benefits of Fresh Spirulina!

Spirulina’s popularity is on an upward spiral! People can’t get enough of this natural, protein-rich food source. Yes, it’s algae. Yes, it’s delicious. This is 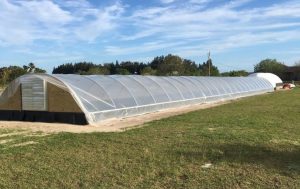 Why Fresh Spirulina Is Better

There’s some disappointing news to know about if you’ve been using dried spirulina. We all know that “fresh is best” when it comes to fruits, 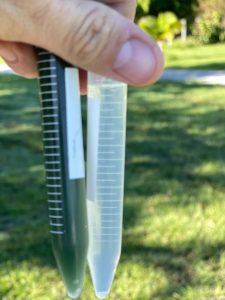 Have you ever wondered why so many people are so enthusiastic about spirulina? Yes, people love the smooth texture of spirulina. Many also enjoy the

DISCLAIMER: THE MEDICAL INFORMATION ON THIS SITE IS PROVIDED AS AN INFORMATION RESOURCE ONLY, AND IS NOT TO BE USED OR RELIED ON FOR ANY DIAGNOSTIC OR TREATMENT PURPOSES. THIS INFORMATION IS NOT INTENDED TO BE PATIENT EDUCATION, DOES NOT CREATE ANY PATIENT-PHYSICIAN RELATIONSHIP, AND SHOULD NOT BE USED AS A SUBSTITUTE FOR PROFESSIONAL DIAGNOSIS AND TREATMENT. RESULTS VARY FROM PERSON TO PERSON.